Whether you attribute the growth to eCommerce, global market shifts, or challenges with continental border flow, one thing is for certain – there is no shortage of loads available.

TORONTO – Loadlink Technologies’ Canadian spot market continues to grow at exponential rates this February, with no signs of slowing down any time soon. Compared to last February, volumes saw a striking increase of 171 percent year-over-year and even surpassed January’s all-time record by an additional 21 percent.

“While available capacity shrank across the board, the decline in cross-border equipment this month was much sharper than the typical drop usually experienced in February. We have never seen a decline of over 40% year-over-year. The various border blockades had a significant impact on truck postings across the country, creating ripple effects across the market,” says Claudia Milicevic, president of Loadlink Technologies. 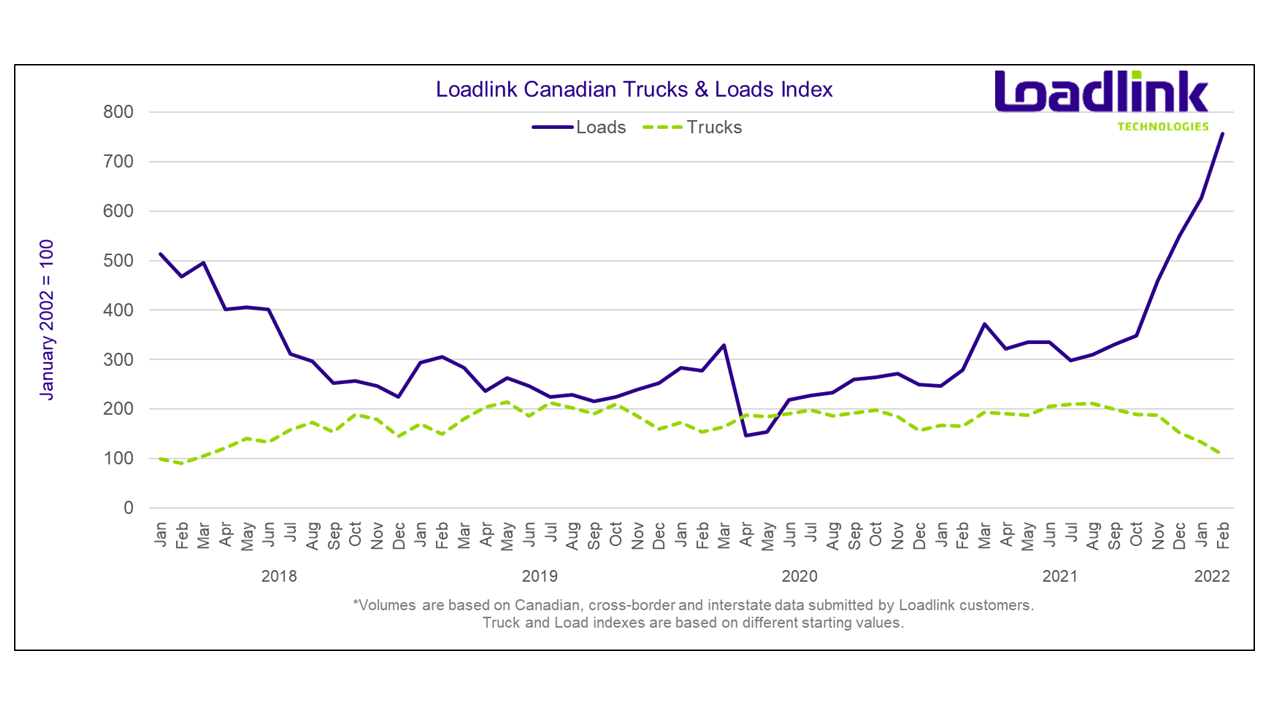 Truckloads shipping across the border from Canada to the United States, soared 271 percent from this time last year. Equipment postings were down 45 percent year-over-year.

Freight activity within Canada continues to grow. Since February of last year loads within Canada grew 140 percent. Equipment postings were down year-over-year by 22 percent. 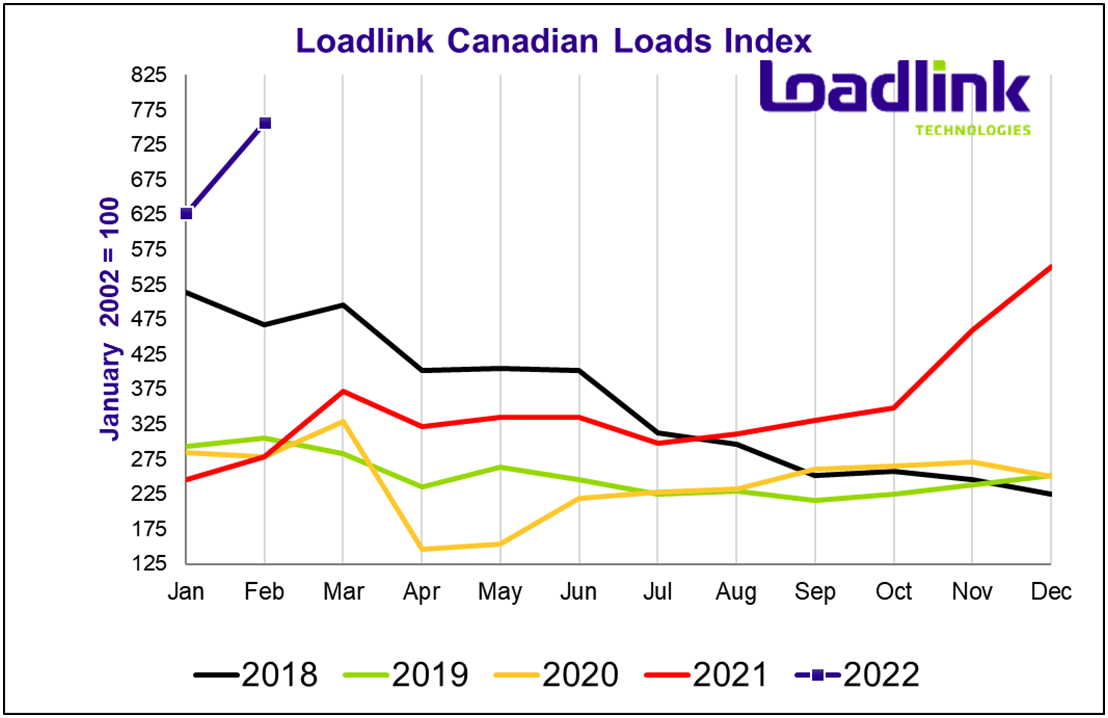 The truck-to-load ratio fell even further below one truck for every one load posted on Loadlink, following the downward trajectory we’ve seen over the past few months. The ratio for February was 0.63 available trucks for every load posted, down 32 percent from 0.93 in January. Year-over-year, February’s truck-to-load ratio was 76 percent lower compared to a ratio of 2.61 in February 2021.