Spring has sprung and with the new season, new opportunities. There are loads aplenty, and perhaps finally, growth in trucks available to move them.

TORONTO – Loadlink Technologies’ Canadian spot market continues to grow this March, though the rapid rate of growth we have been experiencing the last few months seems to have plateaued. Compared to last March, volumes saw a prominent increase of 125 percent year-over-year and exceeded this February’s all-time record by an additional 11 percent.

“As a result of backlogs from border blockades and vaccine mandates, late February and early March load volumes spiked by 20%. While still high, load volumes shrank by nearly the same amount towards the end of the quarter, while available trucks increased slightly.” says Claudia Milicevic, president of Loadlink Technologies.

March’s Canadian spot market still has us feeling the effects of long-term trends in the movement of freight both within Canada and cross-border, though there are early indicators of change for the near future.

Truckloads shipping across the border from Canada to the United States, soared 237 percent from this time last year. Equipment postings were down 44 percent year-over-year.

Freight activity within Canada continues to grow. Since March of last year loads within Canada grew 117 percent. Equipment postings climbed slightly, up 17 percent from February, though are still down year-over-year by 22 percent. 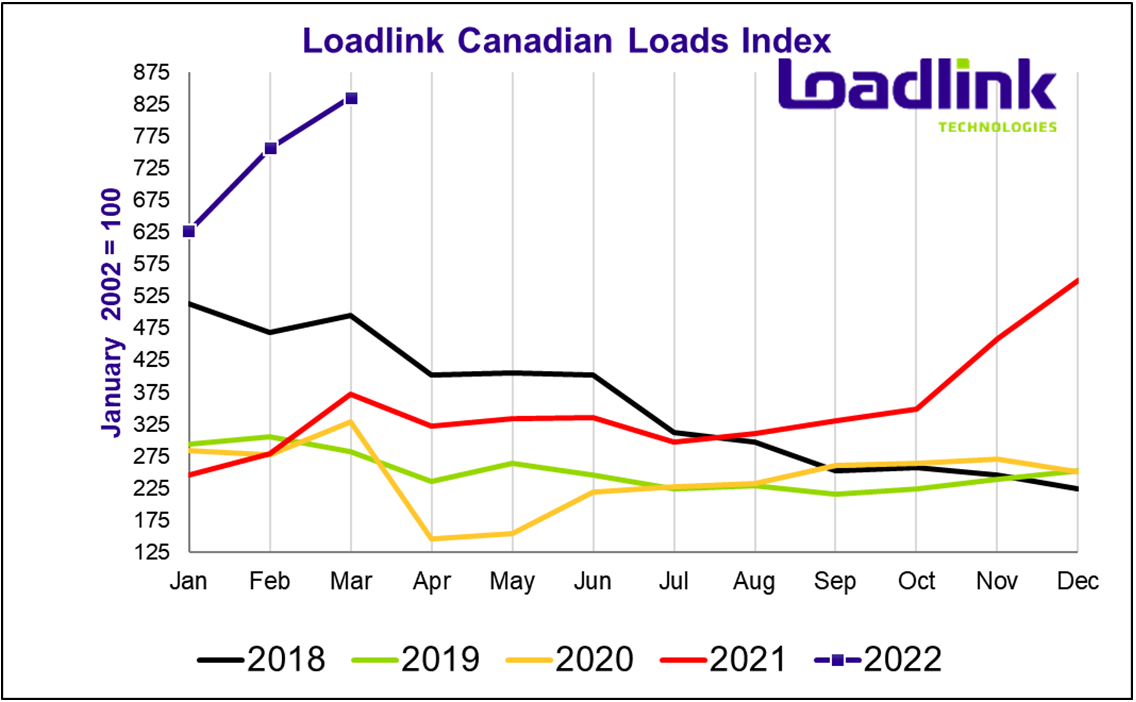 The truck-to-load ratio rose in March, finally putting an end to the downward trend we’ve seen over the past few months, though is still below one truck for every one load posted on Loadlink. The ratio for March was 0.68 available trucks for every load posted, up 8 percent from 0.63 in February. Year-over-year, March’s truck-to-load ratio was 53 percent lower compared to a ratio of 1.44 in March 2021.