TORONTO – TransCore Link Logistics’ Canadian spot market saw an expected reversal in truckload balance compared to June as a nine percent decline in loads was met with an influx of 15 percent in truck capacity. According to past freight index trends, July tends to be slower due to national holiday closures.

The month-over-month drop in loads coincided with the nearing end of some seasonal produce shipments. Two major North American holidays at the start of the month also contributed to the lower freight volumes. Shipments tendered in June specifically to meet the holiday demand accelerated volumes in late June which caused a monthly decline at the start of July. Following the holidays, capacity returned to the spot market as more truck drivers returned to work. 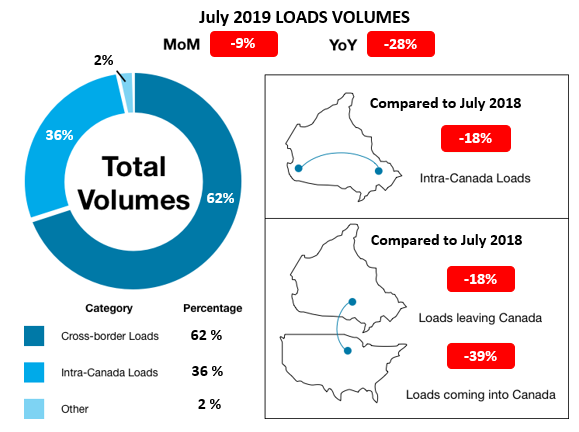 As intra-Canadian freight volumes increased, the weakness in July load volumes was mainly due to a reduction in cross-border freight. 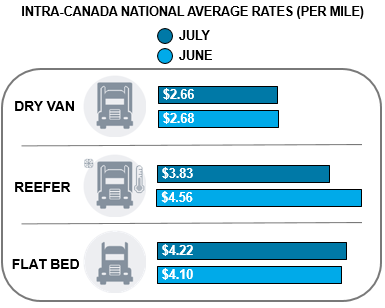 Canadian-based reefer loads entering the States were up a significant 52 percent compared to June. This was the highest volume of reefer loads bound for the south since February. Van and flatbed loads originating from Canada also performed strongly with gains of 17 and 16 percent, respectively. Despite the strength from the Canadian market, loads for all three vehicle types originating from the USA destined for Canada were down.

Truckload Spot Rates: The average dry van rates were modestly lower with the cross-border national average decreasing one percent from $3.06 to $3.04 per mile; flatbed rates were down five percent and reefer rates gained a single percent. 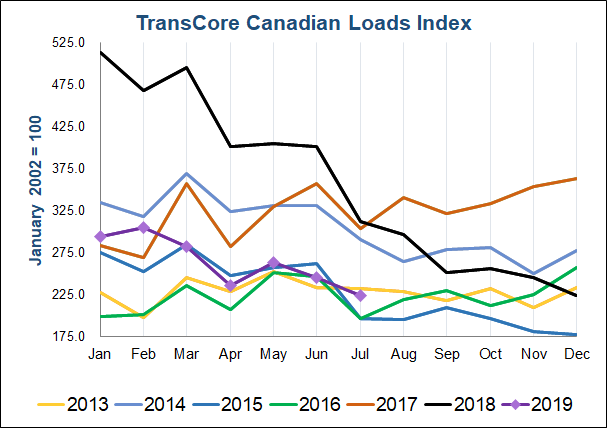 TransCore’s Canadian Freight Index accurately measures trends in the truckload freight spot market. The components of the Freight Index are comprised from roughly 6,500 of Canada’s trucking companies and freight brokers; this data includes all domestic, cross-border and interstate data submitted by Loadlink customers.